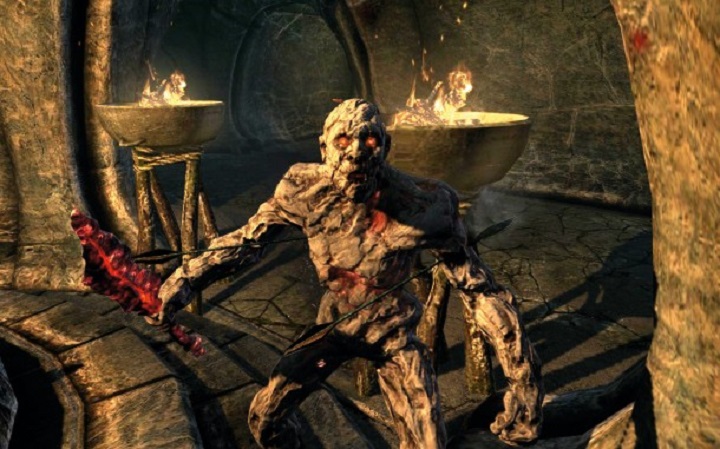 ADVERTISEMENT
After the disappointment that the vampire-themed Dawnguard DLC was, people did not expect much from Bethesda’s Dragonborn DLC. But it turned out to be pretty good. Bethesda played the nostalgia card by setting this DLC on the island of Solstheim. If you are a long-time fan of the Elder Scrolls you will remember that Solstheim was the setting for one of Morrowind’s expansions. Morrowind was the third Elder Scrolls game and is regarded by many as the best game in the series, so setting this DLC in Morrowind’s world was certainly a smart move by Bethesda.

Like Skyrim itself, Dragonborn had a weak main quest that saw you fighting the first Dragonborn. The guy had an inferiority complex and wanted to be the ONLY Dragonborn in the world, so naturally the player had to put an end to his plans. But the real meat of this DLC was in the sidequests, there were many and varied, as well as new weapons, spells and shouts, and original locations to explore on the island of Solstheim.