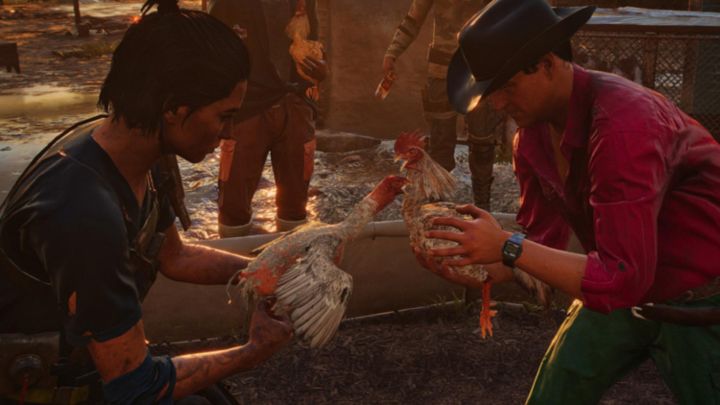 Far Cry 6 was one of the biggest video games of 2021. Ubisoft’s action-packed first-person shooter was another solid entry in the series, although it did stir controversy. This wasn’t due to the game featuring saucy sex scenes like the earlier Far Cry 3, but rather the inclusion of a cockfighting mini-game was the culprit.

Animal rights organization PETA was quick to remind Ubisoft of how violent and terrible real-world cockfighting is, stating that “roosters used in cockfights are fitted with sharp spurs that tear through flesh and bone, causing agonizing and fatal injuries”, and saying it was appalled that Ubisoft had turned “a horrific blood sport like cockfighting into a Mortal Kombat-style video game”.

However, some have pointed out that Far Cry 6’s cockfighting mini-game is nothing like this, playing more like a simplified fighting game (the birds even have special moves). Also, PETA seemed not to notice players can shoot plenty of animals to death in the game, meaning this was mostly a case of too much ado about nothing then…