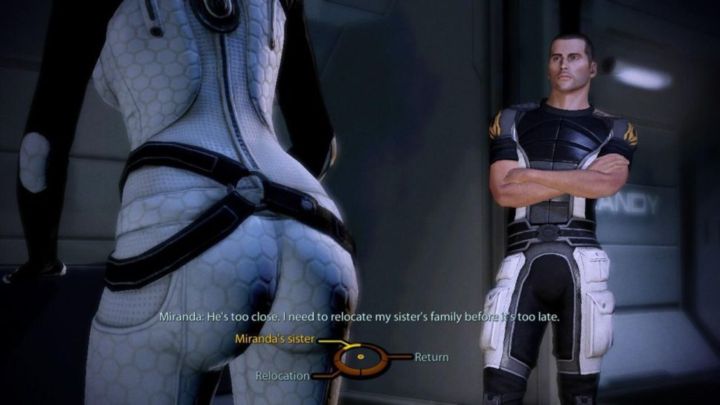 The Mass Effect games have surely been controversial. And while Mass Effect Legendary Edition was one of the best releases of the year, it did cause a bit of controversy.

This is because aside from remastering the graphics and sound of the original Mass Effect games (as well as adding gameplay improvements) BioWare made one controversial change: Miranda’s “butt shots” were removed from the game. As Mass Effect fans know, Miranda Lawson is one of the major characters in the Mass Effect series, and one of the sexiest video game characters of all time.

Some people found her butt shots during Mass Effect 2’s conversations a little inappropriate though, so in order to placate those who found the shots sexist or annoying, BioWare removed them from the remaster. The controversial move led to the release of a user mod which brings back the shots to Mass Effect Legendary Edition, letting players enjoy these again in the game, even if the controversy is bound to continue no doubt.