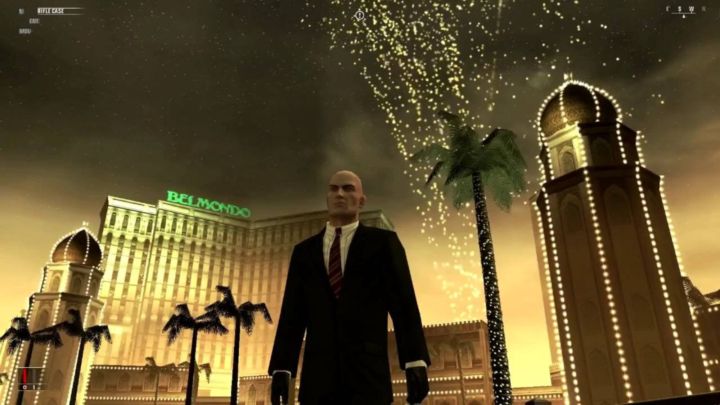 This was made in tandem with Hitman: Contracts, but is the better game by far.

Hitman: Blood Money arrived with a nice visual upgrade in 2006. While part of IO Interactive’s team was working on Hitman: Contracts, the other half was busy beavering away on Blood Money.

Several beautiful scenarios showcased the new graphics engine, the first of which set the tone for the entire game perfectly. Going after a character named “The Swing King” would please any sadist: he would beg for mercy at the end of it, and your only choice was to kill the corrupt theme park operator to complete the level. Other levels like Mardi Gras showcased big crowds, plus an Egyptian-themed casino in Las Vegas was a perfect stage for all the killing. Blood Money got a remaster in early 2019, bringing its controls and visuals up to date, even if this classic doesn’t hold a candle to the newer entries though.