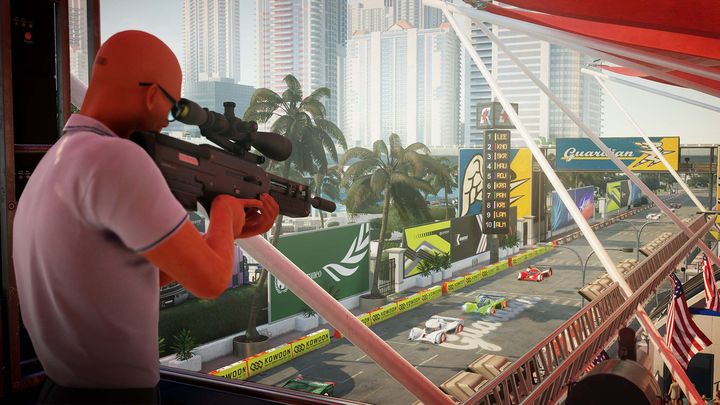 Agent 47 gets ready to take the world by storm in Hitman 2.

This follow-up to Hitman 2 delivered more of what made Hitman 2016 great: beautiful locations ranging from a Miami race track to a mysterious island somewhere in the North Atlantic, plus the Maldives too… Hitman 2 gave fans lovely scenarios where to exercise their trigger finger.

Killing with bullets is not the best course of action here, even though there’s a large assortment of guns available, from Agent 47’s silenced pistol to Uzis and shotguns. Nope, a drop of poison or arranging an accident is the way to go here. Also, IO Interactive bringing in Sean Bean for a time-limited mission was inspired to say the least.

Hitman 2 is a notch below the previous game though: the locations are not quite so stupendous here. This is also lacking the superb motion-captured cinematics featured in the 2016 game, but is still a fantastic sequel in every sense of the word.