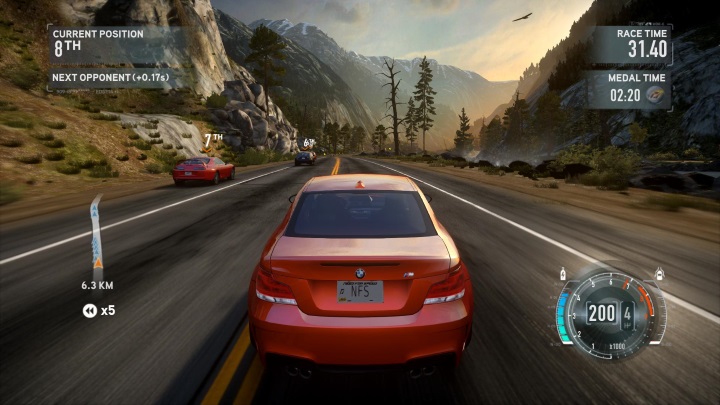 Released after the phenomenal Hot Pursuit, this was a good but not great game in the long-running racing series.

In Need for Speed: The Run you play Jack, a distressed guy being hunted down by the mob who enters a cross-country race in order to pay off his debt. Of course, like in earlier Need for Speeds the story is as flimsy and the characters are as undeveloped as ever. But that’s hardly the point here, as this let you take part in all sorts of races through some (admittedly very pretty) settings like the Rockies and San Francisco.

The arcade-style races were let down by the not so great track designs though, and also the slightly dumb AI of the other racers and cops when pursuing you. Add to this the game’s linearity (and its annoying habit of returning you to an earlier checkpoint when leaving the track), and it’s clear The Run wasn’t one of the series’ highlights.