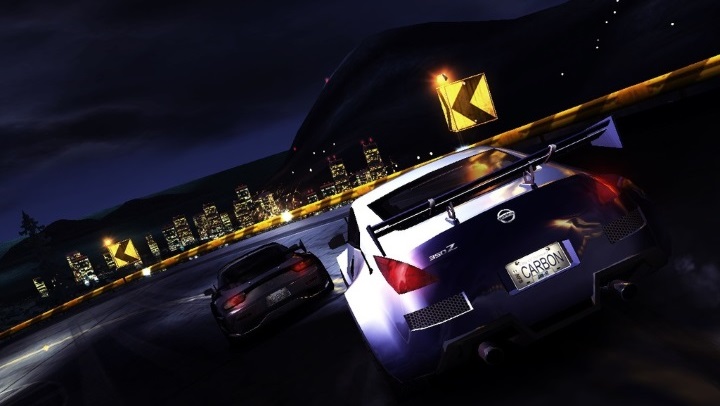 Released a year after the fantastic Need for Speed: Most Wanted, this game surely had a lot to live up to. But Need for Speed: Carbon delivered the goods, and was a solid racing game all-round. This also brought back the cheesy video sequences of Most Wanted, which weren’t so effective this time around (even if they did feature hot female performers though…). Plus the way the game de-emphasized the police pursuits in favour of other race types was a sore point too. And the less is said of the crews which would accompany you on your ride, the better…

The game’s night time setting of Palmont City was ace though, and reminiscent of the urban settings of the old Underground games. Car customization got a lot of love here too, with an “auto-sculpting” feature that would let you model individual car parts such as bumpers to your heart’s content. And the selection of cars on offer was impressive, in particular the new muscle cars, which handled very differently (and satisfyingly too) from the rest. All in all, this is still a game fans of 2005’s Most Wanted will surely want to check out.