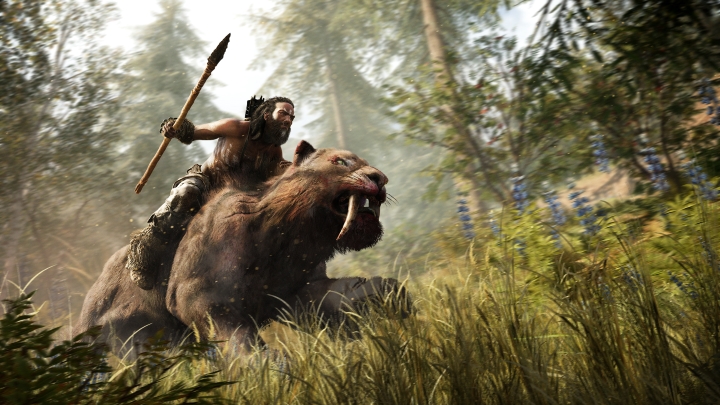 ADVERTISEMENT
The main Far Cry games have been set in realistic, war-torn places, but the French company tried something radical with Far Cry Primal: while Blood Dragon was 80’s sci-fi, Ubisoft rewound the clock back to the Stone Age with this game.

That’s right, Far Cry Primal is set in 10,000 BC, a time when cavemen wielding spears, bows and arrows ruled the world. Playing as a “beast master” named Takkar you have to take on two hostile tribes: fire worshippers the Izilla and a bunch of cannibals known as the Udam. These threaten the existence of your own tribe in the land of Oros, set somewhere in central Europe. Far Cry Primal still feels like a Far Cry game despite the Stone Age setting and caveman theme, though. Sting bombs take the place of grenades, while Ubisoft made up for the lack of vehicles by letting you ride animals such as sabre-tooth tigers here.