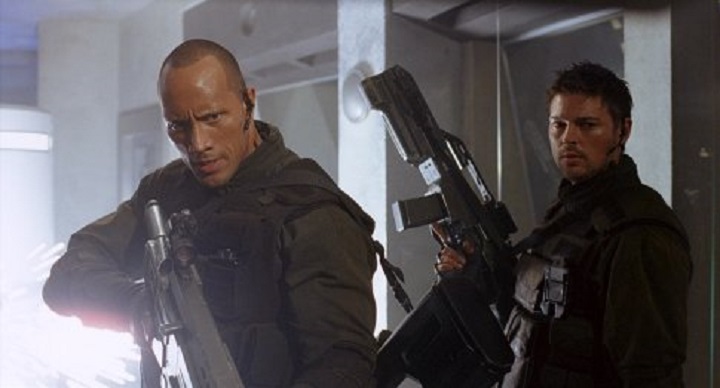 This one is based on the legendary first person shooter of the same name. It follows a group of marines who travel to a secret research station on Mars in which Martian mutants appear to be causing trouble. Former wrestler the Rock plays the leader of the marines, and not even his hackneyed attempts at comedy can make up for the paper-thin plot. When it comes to the action sequences, they are certainly not up to par, as they are almost impossible to follow.

This is one of those movies that make you wish you were playing the video game instead. And there is a sequence at the end, shot in first person perspective, which looks completely like the game. Monsters are being blasted apart and you remember how much fun playing Doom was, but also that you are watching a bad video game movie.