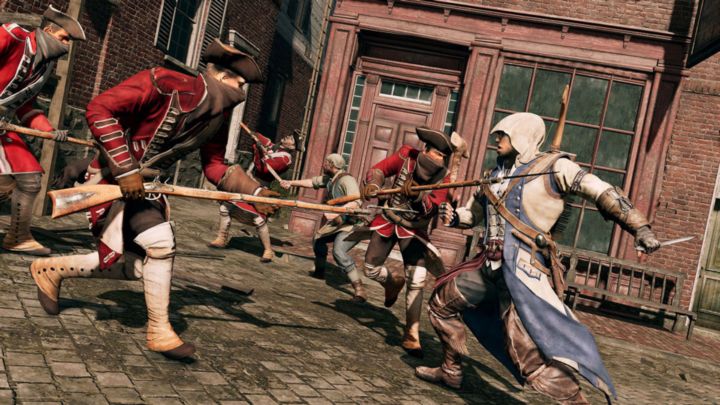 Fighting the Redcoats wasn’t so much fun in this game.

The Assassin’s Creed series landed on the American Revolution with this game. Sadly, this managed to make the conflict between the Colonials and Redcoats boring. Also, it takes too long for protagonist Connor to put on the Assassin robe and begin stabbing people. The fact that colonel Haytham (a character you play in the game’s overlong intro) is more interesting than Connor himself is worrying too.

In between boring trailing missions and fighting in the Battle of Bunker Hill, you are transported back to the modern day every now and then. Here, you get to watch Desmond get punched in the face by his dad, amongst other things. You know Desmond – the guy who for some unexplained reason can relive the memories of his ancestors in that nifty machine known as the Animus. He’s at his most boring here. Assassin’s Creed III’s one saving grace is actually quite good, though. The naval combat is exciting, paving the way for everyone to live out their pirate fantasies in the latter, and greater, Assassin’s Creed IV: Black Flag. 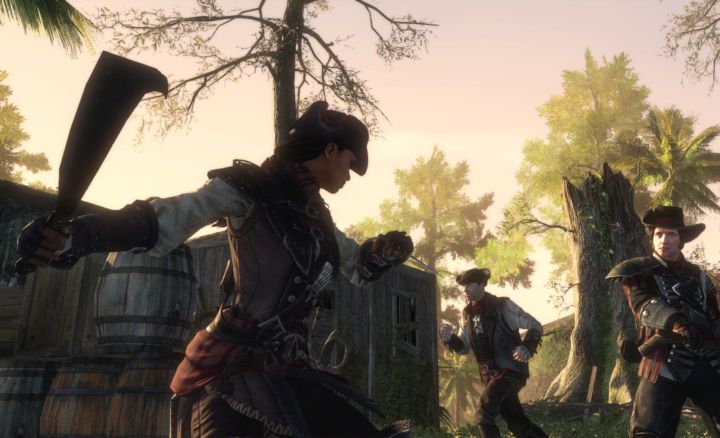 This Assassin’s Creed spin-off has the honor of featuring the series’ first female character. This is something to cheer about no doubt, even if Liberation’s Aveline did not particularly exceed in the charisma department (she is still better than Assassin’s Creed III’s insipid Connor though). The game itself was rather uninspired throughout, with a prevalence of those boring trailing missions and some “instant death” infiltration missions which were not that much fun in the game’s original PS Vita version, or its 2014 reworking for consoles.

But still, the game did innovate with its persona system, letting Aveline use different costumes, playing Assassin, high-class lady or slave. This wasn’t nearly as much fun or engaging overall, but at least Liberation still offered players more of that Assassin’s Creed virtual tourism the series is famous for.