Assassin’s Creed has been a huge success to date, so it is time to look back at what this video game series has offered over the years. And there are quite a few Assassins Creed games available right now: apart from the twelve core games which came out since the original hit the shelves back in 2007, several spin-offs have been released to date as well, with Viking adventure Assassin’s Creed Valhalla being the latest game put out by Ubisoft.

Each of these games has its merits, and since this is a wildly popular series every player is bound to have a personal favorite, even if newcomers could have trouble figuring out where to start. So without further ado, here follows a list of all the Assassin’s Creed games, in order of release. 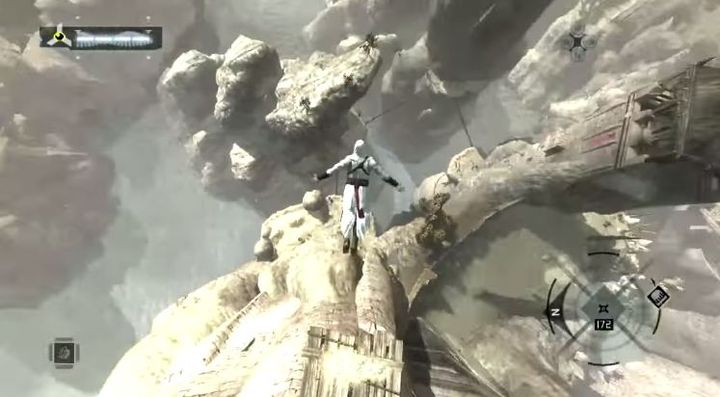 Altair could land on a pile of hay without breaking his neck in Assassin’s Creed.

Assassin’s Creed got many people excited in 2007. And the truth is that this was a truly revolutionary game. This had beautiful cities like Jerusalem, every detail shining through. You could climb to the top of buildings, Prince of Persia-style, and admire the view from the top. Of course, protagonist Altair could perform the iconic leap of faith, landing on a pile of hay below. Altair is a good character too – a bit too serious perhaps – Ezio Auditore of Assassin’s Creed II is leagues ahead.

Also, the assassination missions are repetitive. Eavesdropping on conversations, pickpocketing and trailing characters, had to be done over and over again before killing a target. The Middle-Eastern villains sure were ruthless though. One angry slave trader tells his henchmen to break someone’s legs at some point, making all the chores you had to go through to kill these guys worthwhile. Overall, though, this Assassin’s Creed was more of a stepping stone for greater things to come – but still classic.