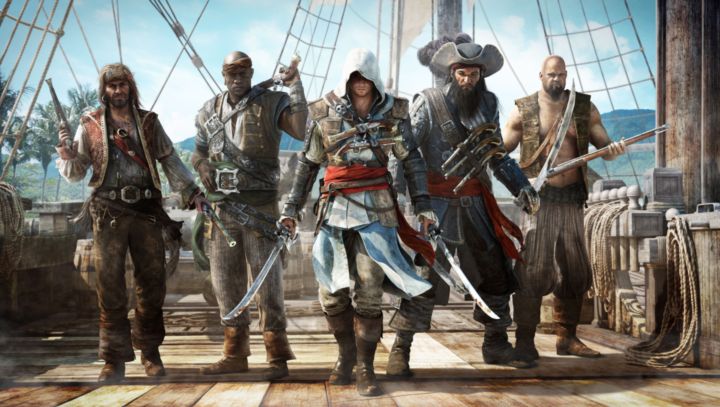 This Assassin’s Creed game lets you live out your pirate fantasies, but there’s plenty of Templar stabbing in it too.

Edward Kenway, Black Flag’s protagonist, sure is no hero. Leaving his girlfriend behind, he sails for riches, and stumbles into a member of the Templar order on a remote Caribbean island. He kills the guy and puts on his robes, later meeting a Templar grandmaster in Havana. He tells him of the Observatory – another mythical object the Templars and Assassins are fighting for.

This all fades to the background quickly – almost as quickly as Kenway switches sides and joins the Assassins. You are then left to sail the Caribbean at your leisure, sinking Spanish galleons for treasure, raiding forts and Mayan ruins from Edwards’ ship, the Jackdaw.

There’s plenty of stuff to do on land too. Fighting in taverns and collecting trinkets in cities like Havana and Kingstown sure is fun. It’s the high seas that offer the most reward here though. And while this is more pirate simulator than Assassin’s Creed, it’s still one of the best entries in the series to date. 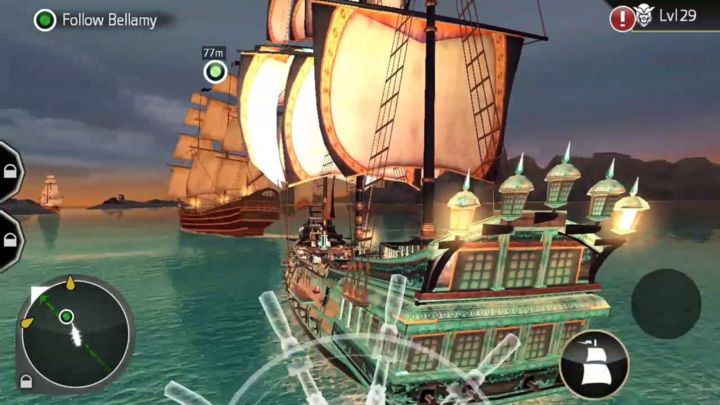 Although not a patch on Sid Meier’s Pirates, this Assassin’s Creed pirate adventure is still good fun.

Without a doubt, ship battles were the highlight of Assassin’s Creed IV: Black Flag, a game that let you live the life of a pirate back in 2013. So given what a joy the naval combat in Black Flag was, nobody can blame Ubisoft for releasing a spin-off game focused on the pirate-y stuff of their hit console game.

And this Assassin’s Creed iteration for smartphones and tablets sure delivers more of the high seas excitement Black Flag was renowned for, with ship battles, treasure hunts and even sea races. Of course, the whole Templar and Assassin conflict fades to the background here and there’s hardly any story to speak of, but the arcadey ship combat still rules the roost at the end of the day though. 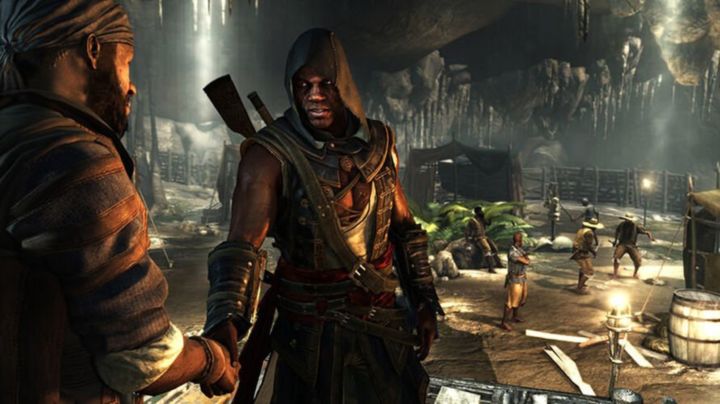 Players lead a slave revolt in this expansion for Black Flag.

This standalone expansion for the seminal Assassin’s Creed IV: Black Flag focused on Adewale, who was first mate of protagonist Captain Kenway in the 2013 game. Freedom Cry let you return to the Caribbean setting of Black Flag, this time to the town of Port-au-Prince in order to incite a slave revolt. But ironically while you took the role of liberator in this game, freeing the Caribbean slaves would only get you gear upgrades here…

Exploring the Caribbean and sailing were not the highlights here either, but the lovely musical score and great 18th century Caribbean atmosphere means this is an Assassin’s Creed game worth sinking your teeth into nonetheless.