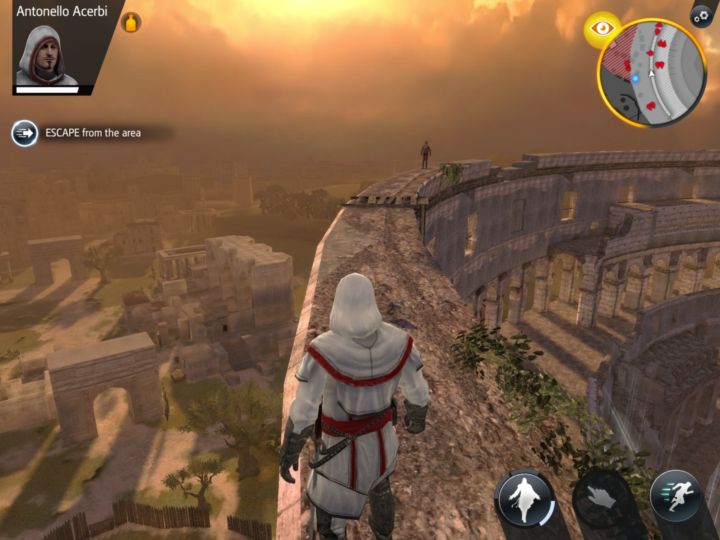 A mobile version of the Assassin’s Creed’s console games, Identity is another fun Italian adventure in the series.

This Assassin’s Creed game deserves credit for bringing the world of Assassin’s Creed in full 3D to smartphones (and doing a pretty good job at it actually). Assassin’s Creed: Identity features the same Italian Renaissance setting of the seminal Assassin’s Creed II, telling a side story to Ezio’s epic quest in the 2009 game. So this let players dive into haystacks from the top of buildings, sneak on enemies for stealth kills and even engage in combat against multiple foes like in the console iterations.

This is more of a bite-sized adventure and with a paper-thin story, though, and the game’s cities do feel a bit empty. But Identity does capture that Assassin’s Creed magic on mobiles, and is actually a good entry in Ubisoft’s long-running series. 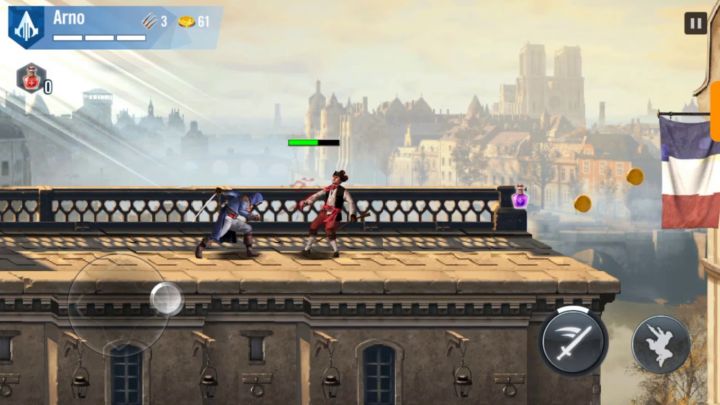 Assassin’s Creed returned to Paris with another mobile phone game.

This game is based on Assassin’s Creed Unity, and shares the Parisian setting of Ubisoft’s 2014 game, boasting a similar plot set during the bloody French Revolution.

But being a side-scrolling game in two and a half dimensions, this obviously doesn’t have the amazing graphics seen in Unity. And gameplay here is like in the other Assassin’s Creed Chronicles games: enemies have cones of vision, and you can use stealth tactics, killing them from behind or pouncing on them from a height. Assassin’s Creed’s trademark leap of faith is present and correct, while the action takes mostly outdoors on Paris’ streets. Chests can be opened by beating a minigame, while there are so many coins to collect this feels like Assassin’s Creed meets Sonic the Hedgehog at times.

There are also sequences in which you ride a hot air balloon to spice things up, avoiding lighting and dropping bombs on unsuspecting guards from above. All in all, this is a fun enough diversion for Assassin’s Creed fans on the go no doubt.

Came out on: Android.