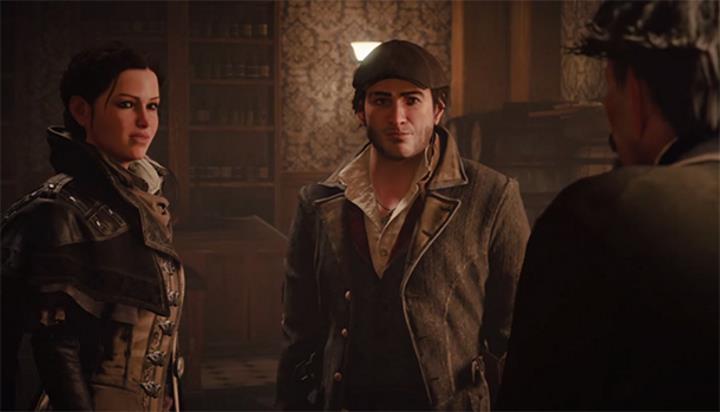 Syndicate is a solid but unspectacular entry in the series.

Victorian London is the setting of this Assassin’s Creed game. You can imagine everything from Big Ben to Whitechapel was finely detailed here – and it is. The game feels slightly soulless, though, even if there’s tons to do in 19th century London. From chasing characters through London’s streets to collecting trinkets, completing quests for historical figures like Charles Darwin, Ubisoft had all bases covered here.

There are also the carriages you can take control GTA-style on London’s streets, and the rope launcher. The second is a Batman-style grapple hook which doesn’t really add much to the game. Of course, the big change in Assassin’s Creed Syndicate is that it offers a playable female character.

You see, Ubisoft got roasted for not including playable female characters in Assassin’s Creed Unity – so Evie Frye was made available here for players to command (you can take control of her brother Jacob too). Both are good – if not great – characters in the ever-expanding Assassin’s Creed universe. Meanwhile, Assassin’s Creed Syndicate itself can only be described as a solid game in the series, and nothing more.