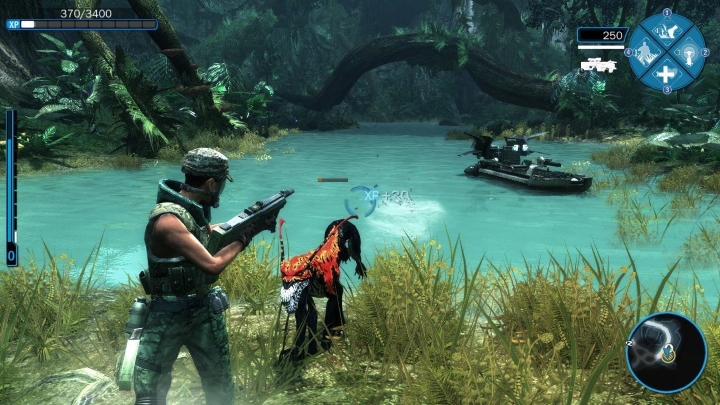 ADVERTISEMENT
There is no doubt that James Cameron’s Avatar caused a sensation in 2009. It was a visionary movie with incredible visual effects and told a tale of corruption, greed and love, and of the struggle between the Na’vi aliens and the evil RDA company on the alien world of Pandora.

And like the movie itself, the game portrayed the lush world of Pandora beautifully, although the animations and character models were not that great though. The gameplay was also a bit on the boring side, featuring tedious and generic fetch quests and poor melee combat when playing as the blue-skinned Na’vi aliens. The third-person shooting action of the RDA campaign was slightly better, but sadly the camera was all over the place in either case though… But given the movie’s quality and the fact ace studio Ubisoft Montreal was behind the game, it is surprising that James Cameron’s Avatar: The Game turned out to be another bad movie licensed video game.