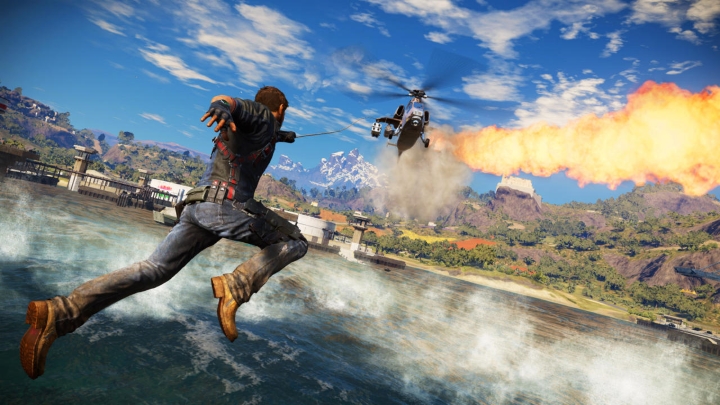 ADVERTISEMENT
Just Cause 2 was an open-world game with great free-form gameplay which came out in 2010, and it definitely was one of the best games of that year. It had a clichéd plot which saw protagonist Rico, who was in the employ of a U.S. agency, travel to the fictional island of Panau to overthrow a dictator, and ended up clashing with his former mentor.

And while driving all sorts of vehicles on the game’s lush tropical island was entertaining, using Rico’s parachute to glide around and his grappling hook (which could even be attached to flying helicopters) was really a blast. And Just Cause 3, like its predecessor, will also emphasize causing as much chaos as possible – the fact that Rico will have access to unlimited C4 is certainly proof of that – and judging by the trailer below, it is clear that this will be one explosive game for sure…