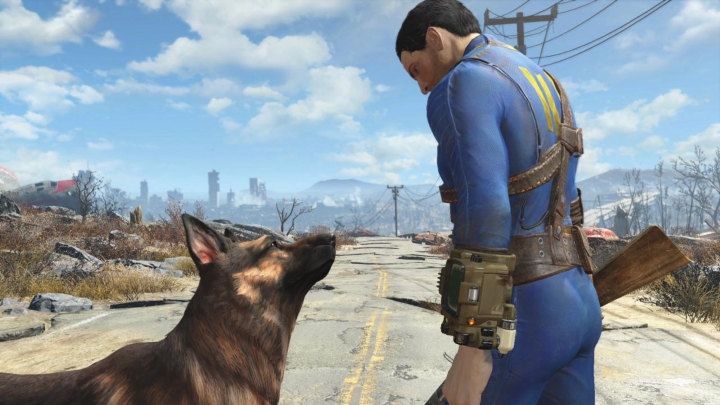 ADVERTISEMENT
If one thing is clear, is that Bethesda’s upcoming Fallout 4 will be a big game, in the literal sense of the word. According to lead producer Jeff Gardiner, he’s played the game for over 400 hours and is still finding new stuff in the game’s post-apocalyptic Boston. And it’s not like this game’s predecessor, which is widely considered one of the best role-playing games ever made, did not offer plenty of things to discover in its Washington D.C. wasteland, but it seems Bethesda has really pulled out all the stops to make this new-gen Fallout game truly epic in scope and size.

Take house building, for instance. It will be possible to build the house of your dreams in the Boston wasteland and fill it with furniture, and even build your own fortress – a bit like in Skyrim’s so-so Hearthfire expansion, but with many more possibilities. Oh, and like in the previous Fallout game, the player’s trusty pet companion Dogmeat returns. And much to the satisfaction of animal lovers worldwide, dog companions will be immortal in the game, according to Bethesda…