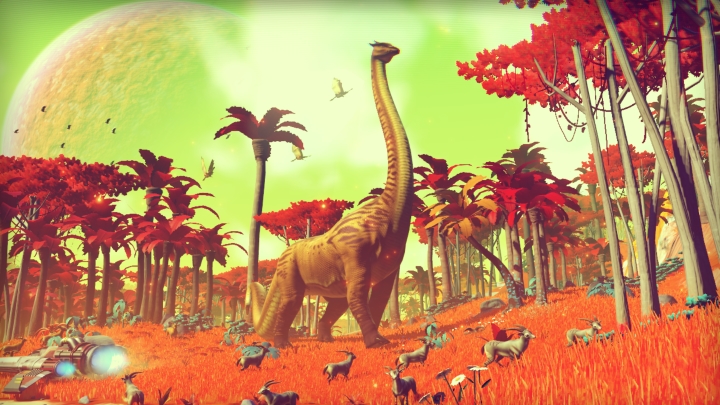 ADVERTISEMENT
No Man’s Sky is an open-world game set in space, and it certainly is unlike any other. Actually it would be more accurate to describe it as an “open universe” game, because this game will feature more planets than you can shake a stick at. As a matter of fact it would take a whopping five billion years to explore all of the game’s worlds, which are procedurally generated by the way. So this means that every time you play, you will get to visit different planets and encounter different life forms on them – like the dinosaur-like creatures in the image above.

The game will feature both space dogfights and first-person combat according to the official website, and players can also search for “artefacts that could reveal the secrets behind the universe”. And if one thing is clear, is that this is certainly an ambitious game, and one to look forward to when it debuts on PS4 later this year.