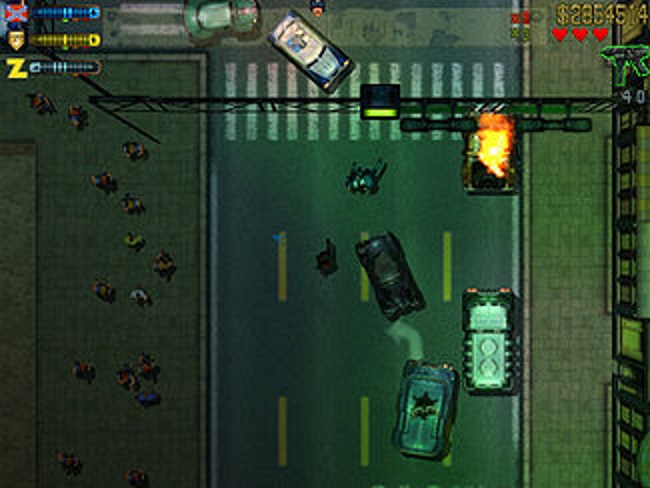 What happened to those Elvis impersonators?

Before Rockstar Games (previously known as DMA Design) released the world-conquering GTA III in 2001, they made a sequel to the original Grand Theft Auto game. This sequel toned down the violence after the original had generated controversy due to its violent content back in 1997.

GTA 2 featured gang warfare, with main character Claude hoping to rack in enough cash by taking jobs for the city’s criminal organizations such as the Yakuza (he even gets to assassinate Elvis impersonators) in order to escape the fictional “Anywhere City”. The top-down 2D action might have gotten repetitive after a while, but GTA 2 was still an action-packed title that simply failed to innovate on its ground-breaking predecessor.