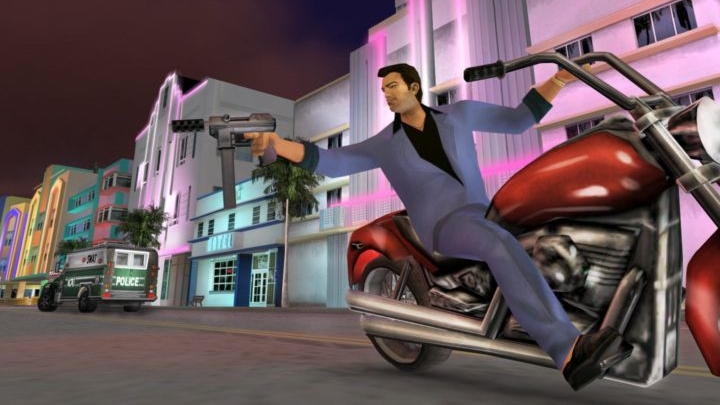 You can enjoy a life of crime in 80’s inspired Vice City.

Grand Theft Auto: Vice City was a turning point for the series, helping cement Rockstar’s position as leaders of the open world, crime-action video game genre. And unlike the earlier GTA III, Vice City had a colourful protagonist in Italian ex-con Tommy Vercetti, a man with a score to settle after being framed by a drug lord in Vice City.

And Vice City sure was an atmospheric setting for the game, based on the Miami of the 80’s and featuring the warm sunsets, pink hues and iconic locales like Ocean Beach that made the game feel like an episode of the classic 80’s series Miami Vice. And while the game featured great humour and enjoyable missions that had players duking it out with rival gangs and taking down banks, simply roaming around Vice City listening to great period tracks like Mr. Mister’s “Broken Wings” was an experience like no other.