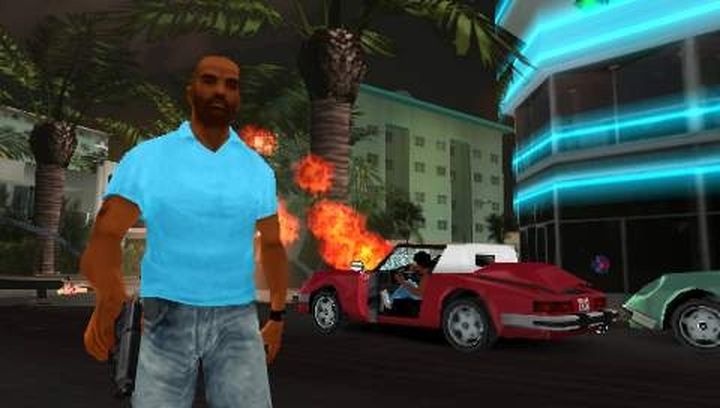 Liberty City Stories was considered to be something of a masterpiece on the PlayStation Portable, but this third GTA on handhelds managed to outdo its predecessor in every way. Because this not only featured a larger and more detailed game world for you to get lost in, it also had more rewarding missions to take part in. It’s a pity then, that lead character Vic Vance was such a poor protagonist.

Actually, he spends the entire game whining about the immoral, illegal and violent activities he takes part in Vice City Stories, but he still goes around town mowing down rival gang members and escorting hookers with glee throughout the game’s missions though…

Thankfully, you can still spend hours exploring Vice City, which was as well-realized here as in the earlier console game. Add to this a bunch of mini-games and side activities like races and vigilante missions, and it’s clear this handheld GTA is one of the series’ highlights to date.