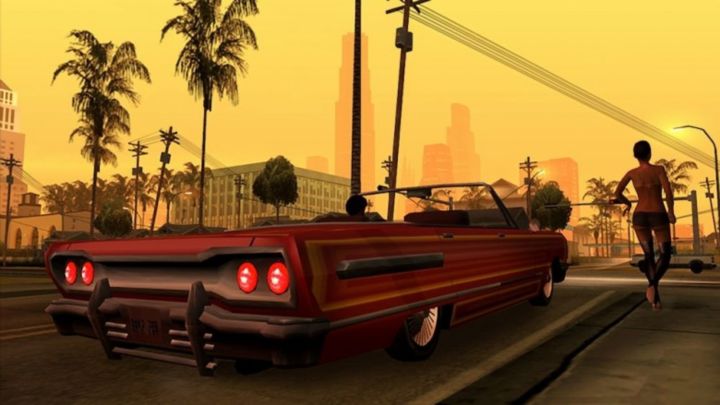 San Andreas’ game world is the largest in a GTA game to date.

Taking place in the fictional state of San Andreas, this GTA game offered an enormous map to explore, featuring 3 cities and their surrounding countryside. Together with Los Santos, the game also offered the cities of San Fierro (based on real life San Francisco) and Las Venturas (based on Las Vegas) as virtual playgrounds. And Las Venturas, with its casinos and surrounding desert, sure was one of the greatest GTA playgrounds to date.

The game’s story takes a tip from early 90’s gangster movies like Menace II Society and features colourful characters like the protagonist CJ Johnson, his philosophical pal Big Smoke and a crooked cop voiced to perfection by actor Samuel L. Jackson. San Andreas also features some of the best GTA missions to date, a casino heist later in the game being the highlight. Also, controversy ensued when the game had to be recalled from stores after a hidden sex mini game was found in its code. But still, there’s no doubt GTA: San Andreas is one of the strongest games in the series to date.