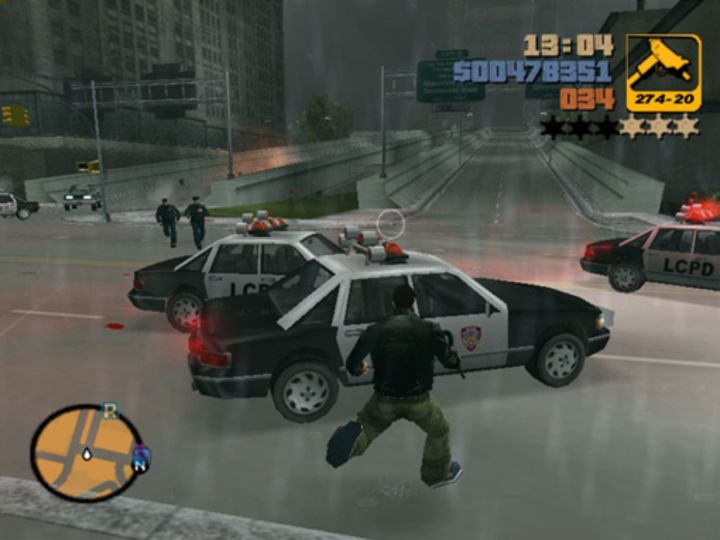 This was the first GTA game to offer 3D graphics, and it was great too.

The release of GTA III back in 2001 was a key moment for GTA. This was the first game in the series to feature full 3D graphics and a living, breathing city to explore. GTA III’s Liberty City was teeming with pedestrians and had realistic traffic and weather, and was a stunning sandbox game back in 2001.

The game looks dated by today’s standards (the Liberty City seen in GTA IV is far more detailed obviously), and its silent protagonist was a dull lead when compared to more recent and complex characters like Niko Bellic and the charming (and psychotic) Trevor of GTA V.

But still, GTA III is certainly an important game in the series, as it was a mainstream success and made the GTA crime-action formula appealing for the masses. It was a stepping stone for game creators Rockstar, and although it’s not a great experience by today’s standards, it certainly deserves its place in gaming history.