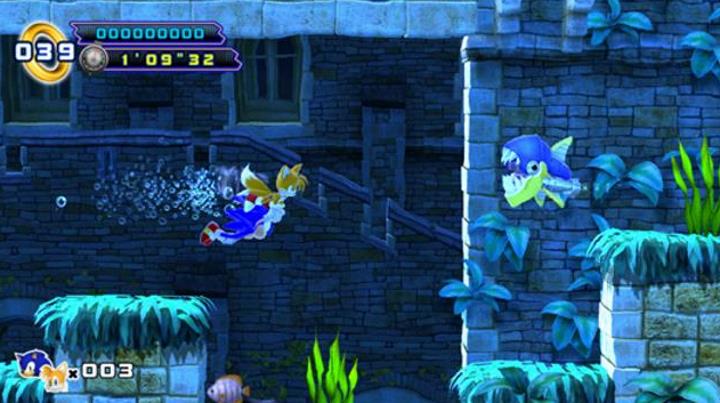 Tails could help you get through the rough spots in this Sonic game.

Sonic the Hedgehog 4 was based on the old Sega Genesis Sonic games. This second episode brought some improvements to the table including better graphics, plus the presence of Sonic’s loveable sidekick Tails, meaning another player could take control of Tails for some fun cooperative multiplayer gameplay. The appearance of evil baddie Metal Sonic was also welcome, and those who bought both episodes of Sonic the Hedgehog got to play as the metallic villain in a series of extra stages.

Sadly, though, the gameplay here wasn’t that fast or exciting, and the boss fights were something of a bore, instead of epic. So in the end this had a hard time pleasing Sonic diehards, never mind the casual players… You might still enjoy Sonic the Hedgehog 4 if you’re looking for some old-fashioned platform gameplay, though.