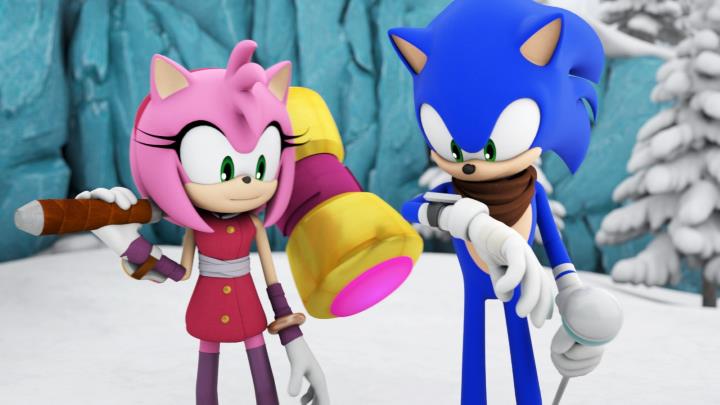 Fire & Ice is based on the Sonic Boom cartoon.

Released in the year of Sonic’s 25th birthday, this was a breath of fresh air after the disappointment Sonic Boom: Shattered Crystal had been. Actually, this old-school platformer improves on that Sonic Boom game, with better exploration gameplay and sense of speed, while also being more Sonic-y than other recent games in the series. The main gameplay gimmick here is being able to use fire in order to melt obstacles such as ice blocks or freeze water to create paths, which was quite fun actually.

It’s short though, and the difficulty level is not that challenging, and doesn’t look that great on the 3DS either. Also, being able to swap between characters on the fly is a cool idea, even if you rarely need to do this in the game. This is a cut above the other Sonic Boom games nonetheless, and still provides the high-speed thrills and fun platforming which made people fall in love with Sonic in the first place, meaning this is one game Sonic fans of the blue hedgehog might still want to take a look at.