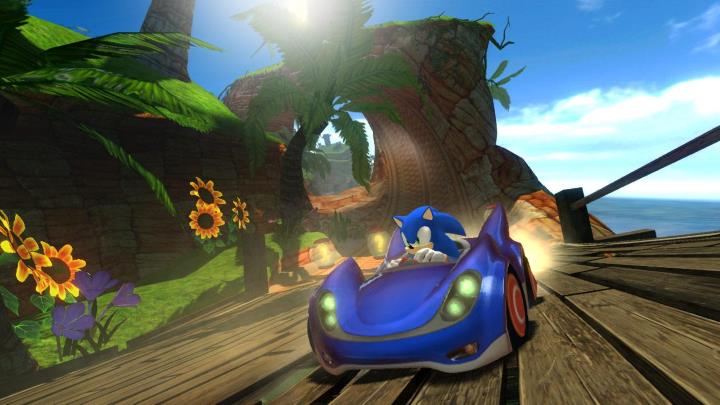 Join Sonic and his friends for some high-speed racing in this Mario Kart clone.

This was Sega’s answer to Mario Kart, and turned out to be a good racer back in 2010 thanks to its variety of vehicles and tracks. As a matter of fact, this had a nice collection of tracks based on well-known Sega video games like Fantasy Zone, Billy Hatcher and, of course, the Sonic games.

Sonic was one of dozens of racers you could pick here, a roster which also included other classic Sonic characters like Tails, Knuckles and the villainous Dr Eggman. Aside from the well-designed tracks, the weapons and power-ups also added excitement to the races, and using the ‘Super Sonic’ power-up to blaze through the track at super-speed sure was a joy. Quick-witted players could also take advantage of shortcuts to make up for their rivals’ power-ups as well. All in all, this is a good racer even if it failed to live up to the great Mario Kart back in the day.