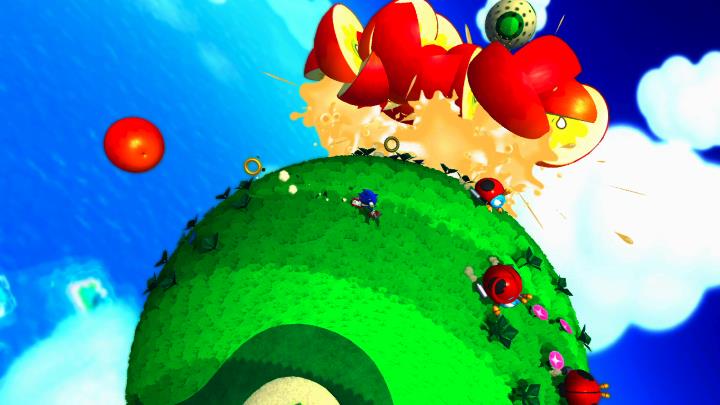 While it did not quite succeed at being the next Super Mario Galaxy, this was a decent game in its own right.

Unlike earlier Sonic games, Sonic Lost World had the blue blur teaming up with his arch-enemy Dr Eggman in order to tackle the Deadly Six, an alien squad that was threatening Sonic’s world. This had the usual lovely 3D cutscenes to tell its story, even if the dialog was as gratingly bad as ever.

And it’s likely it did not take anyone much time to notice this 3D platformer borrowed heavily from Super Mario Galaxy, to the point Nintendo might have been tempted to sue… This was also punishingly difficult, as the game’s imitation of Mario’s 3D levels didn’t go that well with Sonic’s speed.

The brief 2D sections shined here, though, providing nostalgic fun in eye-poppingly colourful levels. Sonic’s enemies the Deadly Six, while superbly designed, were something of a drag to fight in the boss battles. A mixed bag, then, but there’s no denying this offered more of that fun Sonic gameplay in a colourful package, and is a game that anyone (and not just franchise diehards) can still enjoy.