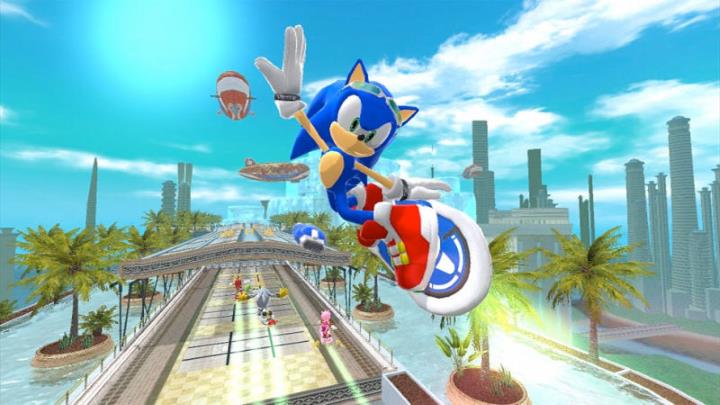 Sonic Free Riders colourful graphics and speed could not make up for the poor controls.

If one thing is clear, is that Sonic Free Riders was the final nail in the coffin for those who thought that the Kinect was a good idea. This was let down through and through by its poor motion controls, making playing this Sonic racer something of a chore.

This was a pity taking into account that the game had some pretty well-designed tracks you could race on, which were full of twists and turns and alternate pathways to explore. This would have added to the replay value if it wasn’t for the dreadful controls, which turned other in-game actions like swimming into a comical exercise. This is not the best of the Sonic racers, then, and can be safely ignored as it’s worse than almost every other Sonic game released to date.