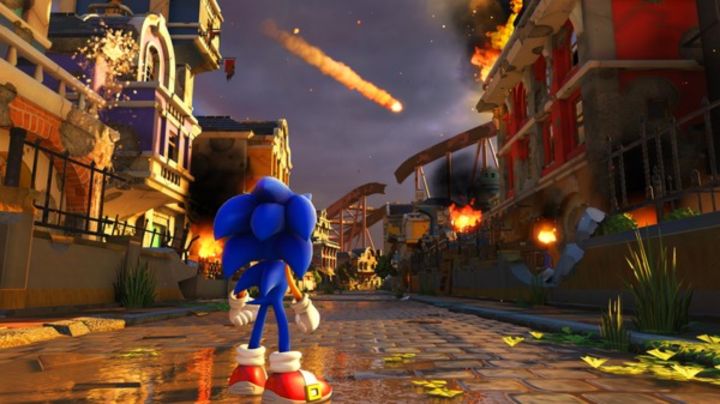 Strong visuals and a few nice touches can’t quite save Sonic Forces.

After the launch of Sonic Mania in 2017, people were expecting great things from Sega’s next Sonic game. But sadly, this new 3D entry in the series proved to be something of a disappointment. This is despite the fact that Sonic Forces does look great, with boss fights in particular being visually stunning, if not particularly challenging. Actually, the game’s a tad short, meaning you can finish it as quickly as the blue blur gets from A to B.

The story is weak too, and once again pits Sonic and his pals against the evil Dr. Eggman, who this time is working with another villain named Infinite. But the fact players can create their own character with his unique abilities does make this one of the most original, if not best, Sonic games to date.

Came out on: PS4, Xbox One, PC, Nintendo Switch.