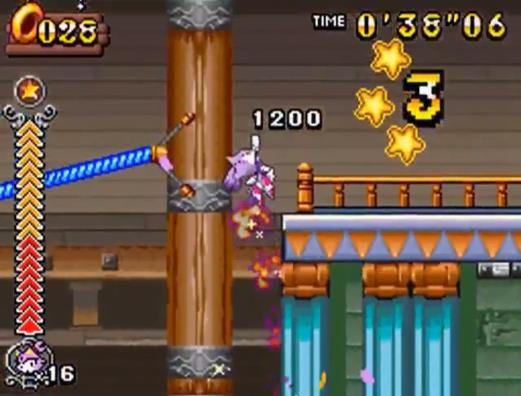 You got to play as secondary character Blaze in this game.

In Sonic Rush Adventure, Sonic and Tails team up again in order to defeat Captain Whisker, a robot pirate who’s probably one of the most original video game villains ever. This had some interesting and beautiful-looking scenarios spread across a series of islands, like an underwater cavern and others. You might not have enough time to admire the detail though, as this is as fast-paced as any Sonic game released to date. This also mostly plays as a side-scroller in two dimensions, but there are some good 3D stages thrown in for good measure here as well.

The main game is not that long, though, but doing all side missions and picking up all collectibles such as emeralds could take you a while longer. So, this Nintendo DS game is one of the best Sonic games to have hit shelves to date, and surely did fans of the blue hedgehog proud back in the day.

Came out on: Nintendo DS.