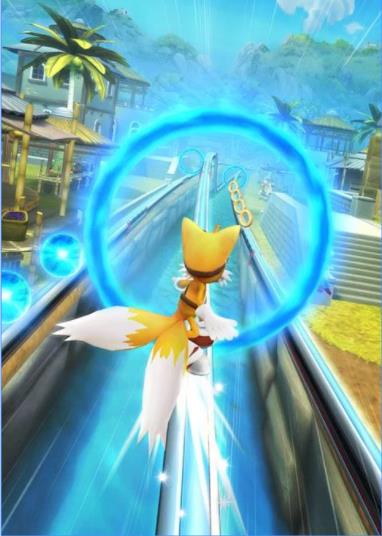 Sonic Dash 2 is another game for mobiles, and a free to play one too.

Although “endless runner” games have been popular on smartphones for a while, one with the name Sonic attached to it is bound to draw attention. After all, Sonic the Hedgehog is one of the best-known franchises when it comes to offering high-speed, exciting platforming action, even if Sonic Dash 2: Sonic Boom isn’t quite up there with the best games in the series.

But at least this endless runner game lets you play as different characters including Sonic, Knuckles and Amy. These are always on the move, leaving you to swipe the screen to jump, spin or switch between lanes. There are collectibles too, and picking up blue orbs lets you perform a dash move, which allows you to kill enemies in style (Amy’s hammer move is good to clear enemies, for instance). All in all, this was a decent Sonic game for mobiles, even if it never really did set the world on fire though.

Came out on: iOS, Android