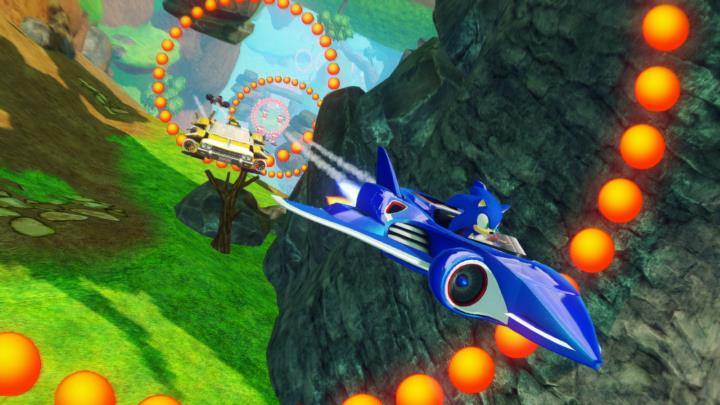 Despite the level of challenge, Sonic & All-Stars Racing Transformed is a great kart racer.

It might seem strange that Sonic & All-Stars Racing Transformed is actually one of the best Sonic games available, but this Sonic spin-off caused a sensation back in 2012. This was not only due to its great selection of tracks, which are based on Sega classic games like Golden Axe (and obviously the Sonic games as well). These covered not only solid ground but also let you race on sea, air, and even hot molten lava…

This also has a nice branching career mode with multiple difficulty options, and offers more than pure racing gameplay. It also has a battle mode in which all pretence of fair play is abandoned and you can use weapons to eliminate competing racers… So, although some may dismiss this as a cheap Mario Kart clone, it actually has an identity of its own and is a great Sonic spin-off despite the sometimes punishing difficulty level.