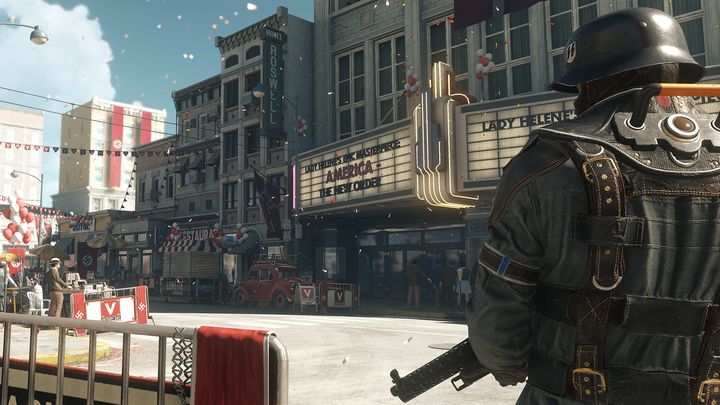 Like the earlier games in the series, this is also set in an alternative universe in which Germany won World War II and has taken over the US, the setting for this Wolfenstein game. So it will be up to you to liberate the Land of the Free from Nazi tyranny, fighting in locations such as a flooded New Orleans, and taking out enemies like cyborgs and ultra-tough soldiers with an arsenal of huge weapons like in the earlier games. And hopefully this will also feature the same great story and cinematic cutscenes as the previous Wolfenstein games when it ships this October, making it another must-play shooter for Wolfenstein fans this year.