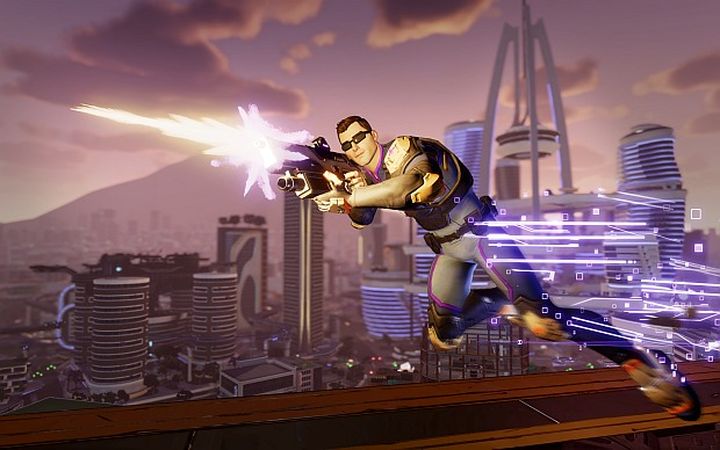 ADVERTISEMENT
Although Volition is better-known for its Saints Row series, the American developer is looking to take the world by storm this year with Agents of Mayhem. Like the Saints Row games, this will be another open-world game set in a huge city (Seoul in South Korea actually), and will also not take itself serious at all judging by what we’ve so far of the game…

What’s interesting about Agents of Mayhem is that you will be able to command up to 3 agents in the game (out of a total of 12), and switch between them during gameplay. These agents include the likes of Hollywood, who’s an actor; Rama, an Indian doctor and Hardtack, who’s an officer in the US Navy. Agents also have their own specific weapons and special abilities they can use in combat too. For instance, when playing as Hollywood you’ll get to use a assault rifle and be able to trigger massive explosions (his special ability). Plus traversing the city also looks likely to be a fun affair as you will be able to get around quickly by using a triple jump move.

All in all, it looks like Agents of Mayhem could end up being one of this year’s best, especially if it’s able to deliver the same fun gameplay and humour as the Saints Row games did back in the day.