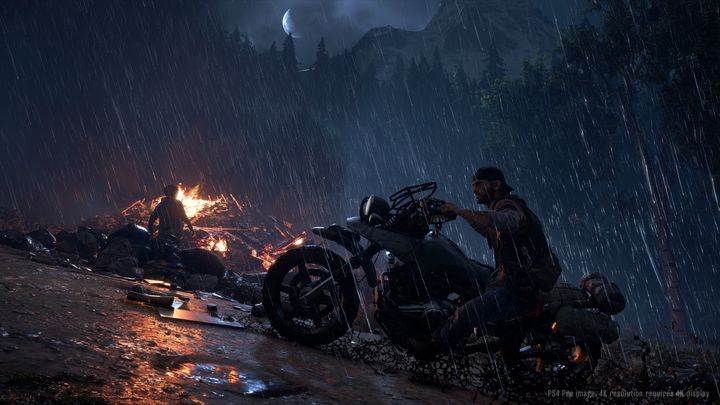 ADVERTISEMENT
Much has been made of Days Gone, the upcoming zombie game by US developer Bend Studio which could turn out to be one of the top PS4 exclusives to see a release this year. Actually, this has been compared to Naughty Dog’s magnificent The Last of Us, although it remains to be seen whether its story and characters will be a match for those of the 2013 zombie hit.

What’s clear, though, is that Days Gone does appear to have an interesting protagonist in Deacon St. John, a biker trying to survive in the post-apocalyptic US Pacific Northwest. We also got to see in the E3 gameplay video below how stealth plays a major role in Bend Studio’s game, and that zombies (known as “Freakers” in the game) won’t be your only concern in Days Gone. Actually, you will also have to deal with human enemies and other fearsome foes like giant bears here too… And there’s no doubt that Days Gone is one of the most eagerly-awaited PS4 exclusives in years, so hopefully this will be as good as many are expecting when it becomes available for purchase in late December.