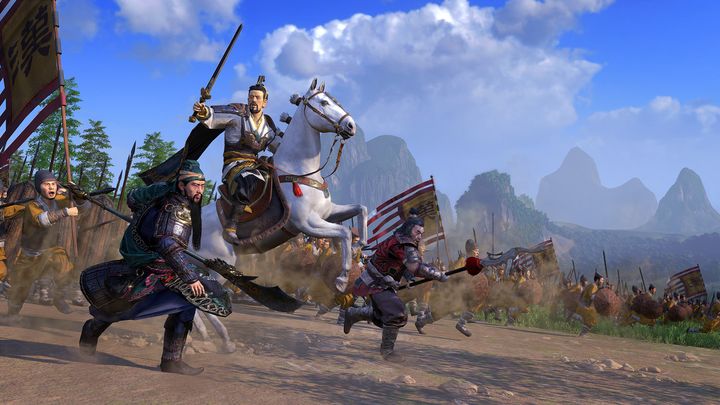 ADVERTISEMENT
Total War returns this year, with a new game set in ancient China. This will be Creative Assembly’s first historical game since the fantasy Warhammer games, so it’s likely players are expecting something special from Total War: Three Kingdoms. Like the earlier Total War games, there are two sides to this: there’s the strategic map where you move armies and control your settlements, and the real-time battles where you face opposing armies in combat.

Judging by the trailer below, it looks like Creative Assembly is making the most of the ancient China setting with vividly realized characters, a nicer 3D map and a beautiful recreation of the Old Kingdom, plus the battles also look like they will be as bloody and exciting as those of the previous Total War games when this ships early this year.