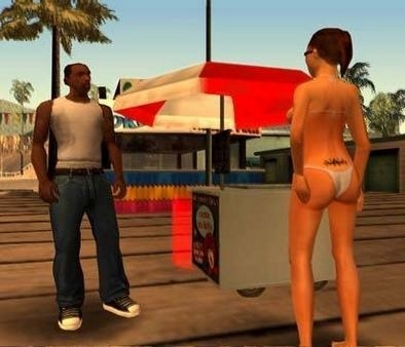 Although the more recent GTA V also features explicit sex scenes, this is the one that got everyone talking about video game sex. And this was due to the infamous Hot Coffee controversy. You see, hidden inside the game’s code was a mini game involving sex between the game’s protagonist CJ and the women he could go out with in the game.

A curious (not to mention nerdy) PC user found a way to unlock this code, releasing a patch known as “Hot Coffee”. This is because in the game CJ’s girlfriend would ask whether he wished to come into her apartment for coffee, referring of course to sex. All this offended the powers that be and the game had its rating changed to the infamous AO (Adults Only), meaning that boatloads of copies of the game had to be recalled from stores. This is all a bit sad, considering how tame the Hot Coffee sex is. Although it sure was something for hormonal adolescents to drool over.