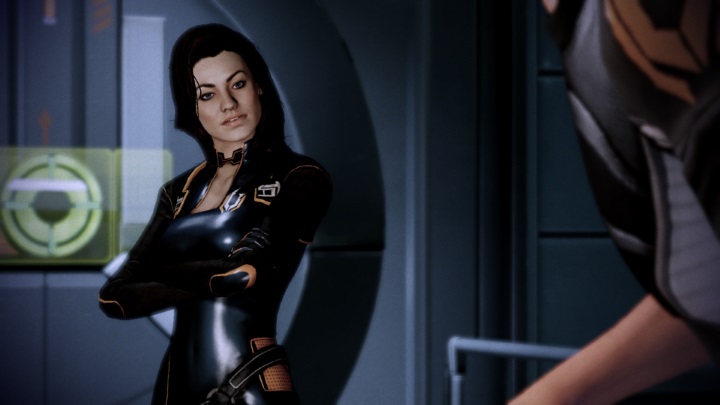 Mass Effect 2, despite getting rave reviews from the critics, was actually a mediocre third person shooter with mostly forgettable characters. Its one saving grace, however, was the character of Miranda Lawson. Engineered to be the perfect woman, she had that “Barbie doll” physique that would blow your mind away. She was voiced by the lovely Australian actress Yvonne Strahovski of TV show Chuck fame.

In the game, Shepard and Miranda can get to be more than friends… If you take the relationship far enough with some good conversation choices, Miranda and Shepard can get intimate on the spaceship Normandy, and she really means business. So Mass Effect 2 at least deserves credit for being one of the few games to feature a sex scene in space.