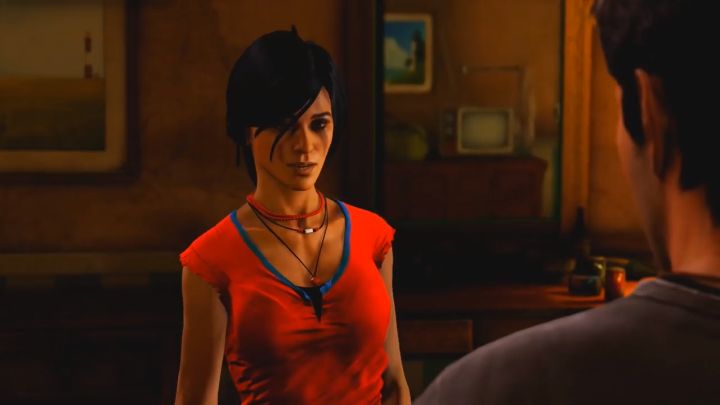 The Uncharted series has taken us to all manner of exotic locations, and Uncharted 2 is no exception. In the game, Indiana Jones wannabe Nathan Drake travels to the Himalayas in search of a mystical object. He would be no cool action hero if he wasn’t surrounded by some hot female characters though. Actually, Drake is joined in his adventures by long-time love interest Elena Fisher, and by wild adventurer Chloe Frazer too.

Chloe is a somewhat impetuous brunette, and after a heated discussion with Drake in a motel soon decides to take things a bit further. This leads to the sex scene seen in the video below, which surely ranks as one of the best bits of developer Naughty Dog’s globetrotting adventure.