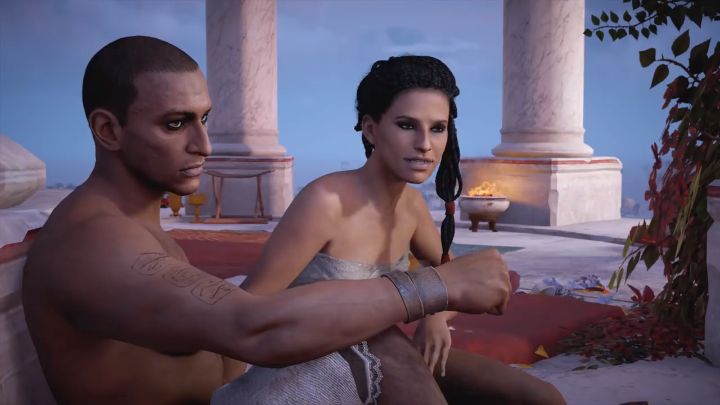 You’ve got to love the Assassin’s Creed games for their cool, time-travelling fun. And 2017’s Assassin’s Creed Origins had the series’ most exotic setting in sunny, ancient Egypt. Here, protagonist Bayek is looking for revenge against a creepy cult known as The Order of the Ancients. You get to meet sexy Egyptian queen Cleopatra in the game too, which adds an extra layer of appeal to Ubisoft’s game if you ask me.

In between the bloody killings you would expect to see in a game about Assassins, this also has some quiet moments. There’s even a sex scene between Bayek and his wife Aya, who at some point get intimate on a platform overlooking the city… This is one of the better sex scenes we’ve gotten to see in a video game, and a welcome respite from the game’s edgy violence too.