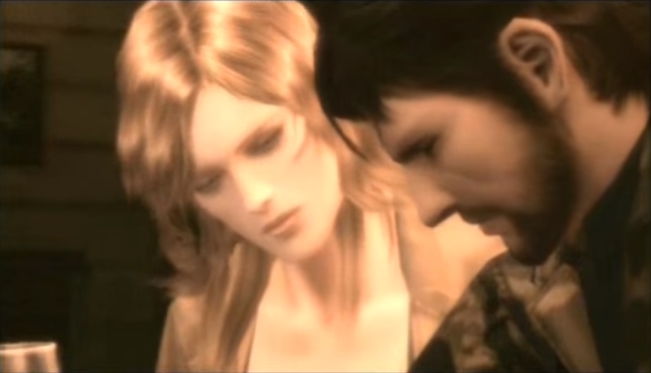 This action and stealth game stars spy and soldier Naked Snake (hurrah for cool video game names then). It’s widely considered one of the best games ever too, so Metal Gear Solid 3’s reputation is certainly deserved. Like other games by Japanese designer Hideo Kojima, this features hot female characters and even a sex scene too.

So in between hunting down enemy soldiers in the Russian jungle (and trying to get even with his former boss too), Naked Snake gets to relax with a sultry blonde named Eve. She’s a double-crossing spy with curves to die for (a bit like the SIE character from Alpha Protocol then). The two get intimate by the fireplace, with Eve showing she really means business in what is a very good video game sex scene overall.