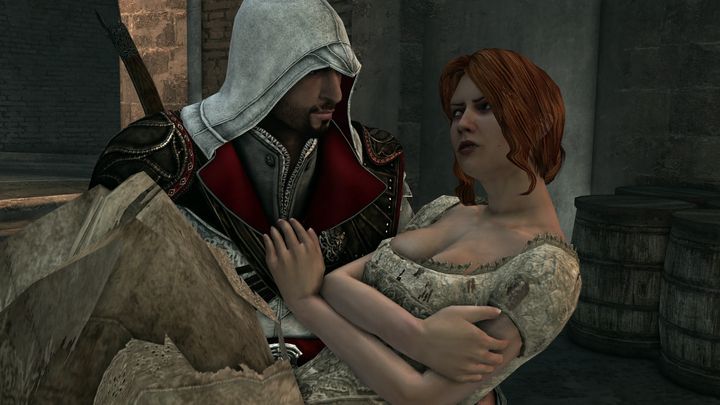 Before this, protagonist Ezio gets to relax with love interest Catherina Sforza. This woman proved she could stand up to the Templar bad guys in the earlier game, but does show her more tender side here… Actually, the game lets you enjoy a classy sex scene before the big battle breaks out, one in which Ezio and Catherina sure appear to be in tune with each other.