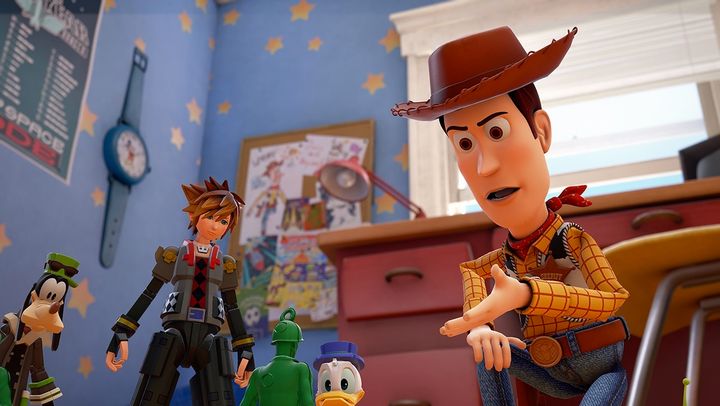 Woody and other familiar characters will star in the new Kingdom Hearts game.

You’ve probably heard of Kingdom Hearts, the cute video game series which features Disney and Final Fantasy characters and cool third-person gameplay set in colourful levels. The thing is, the third Kingdom Hearts game – which supposedly wraps up main character’s Sora story once and for all – has been a long time coming.

First announced in 2013, we’ve only heard tidbits about the game from director Tetsuya Nomura, saying how this upcoming Kingdom Hearts game will deliver even more frantic gameplay and cleverer enemies than its predecessors, plus how it will take advantage of modern console’s horsepower to deliver better visuals too… Actually, the game’s animated cutscenes could be a sight to behold if the game’s trailer below is anything to go by – just take a look at the Toy Story bits, which are as good-looking as any Pixar animated film.

This could be the definitive Kingdom Hearts game when it hits shelves this year then, and surely something to look forward to for those who have been playing the series over the years.