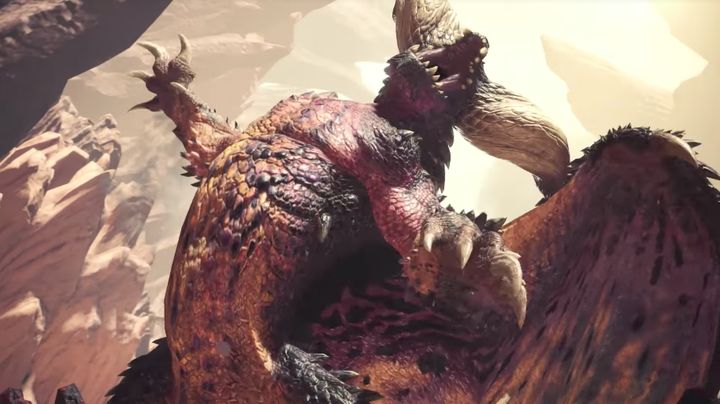 Nergigante is one of the many monsters you’ll have to deal with in this game.

If one thing is clear, is that many gamers are eagerly awaiting this latest Monster Hunter game, which according to Capcom, features several improvements over the earlier games in the series. For instance, its open world is not split into zones separated by loading screens, but is one continuous area, which should help immerse you in the game. There’s a central hub, though, where the “Research Commission” will hand new quests to you, and you’ll also be able to craft new gear using resources collected during your exploration of the world.

Monster Hunter World also lets you go about quests in a way that doesn’t interfere with your exploration of the world, and you can go hunt monsters on your own initiative if you so wish. Aside from the hard-hitting Nergigante, you’ll go toe to toe with new and familiar monsters here, which hopefully will be as much fun to take on as in previous Monster Hunter games when this hits shelves in early 2018.