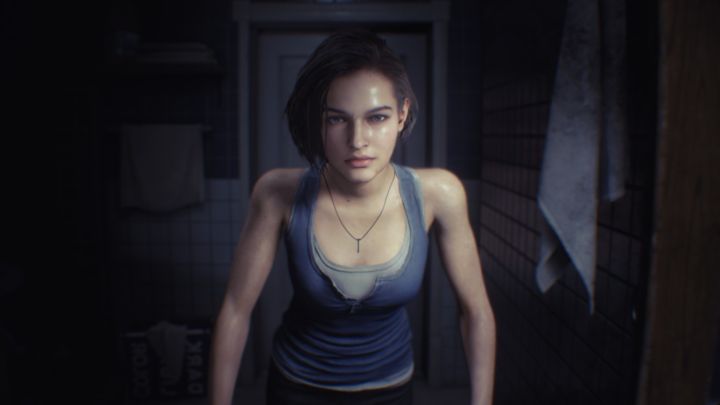 ADVERTISEMENT
The Resident Evil series has been going strong for more than 20 years, so people don’t seem to tire of the zombie blasting, puzzle-solving gameplay Capcom’s series offers. The games also have their own share of sexy female video game characters, which include Jill Valentine, a sexy video game girl who was first seen in 1999’s Resident Evil 3: Nemesis.

Capcom released a remake in 2020, in which as you might expect everything looks sharper and prettier, including good old Jill of course… Actually, Valentine is one of the sexiest video game characters around due to the fact that her looks are based on those of hot Russian model Sasha Zotova, meaning she looks great while blasting zombies to kingdom come or when running away from the terrifying Nemesis creature in the game.