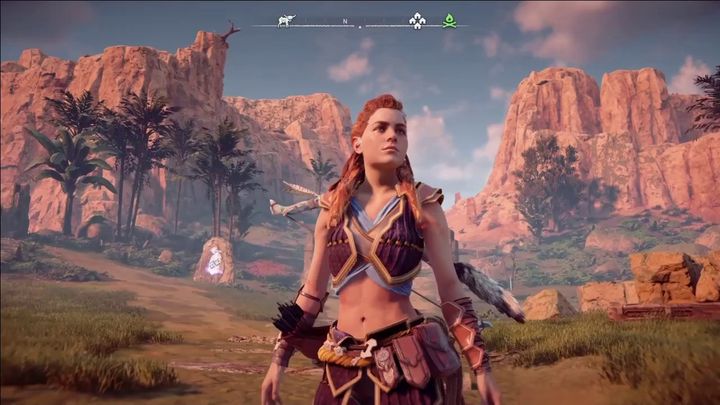 Horizon Zero Dawn is a hit video game from 2017, set in a post-apocalyptic world in which civilization is in ruins, and humans have gone back to living in tribes… There are still sexy female characters around such as Aloy, the game’s protagonist. And she not only can rival Lara Croft when it comes to sheer ass-kicking power, taking down robot dinosaurs in the game, but arguably is as sexy-looking as Lara herself.

This may have to do with the fact that the character’s likeness is based on that of Hannah Hoekstra, a smashing Dutch actress. Plus, her sultry voice is provided by Ashly Burch, who might sound familiar to you as she voiced the likes of Cassie Cage in Mortal Kombat X. So this is one lady who proves there might be reasons to cheer when the apocalypse comes around then…