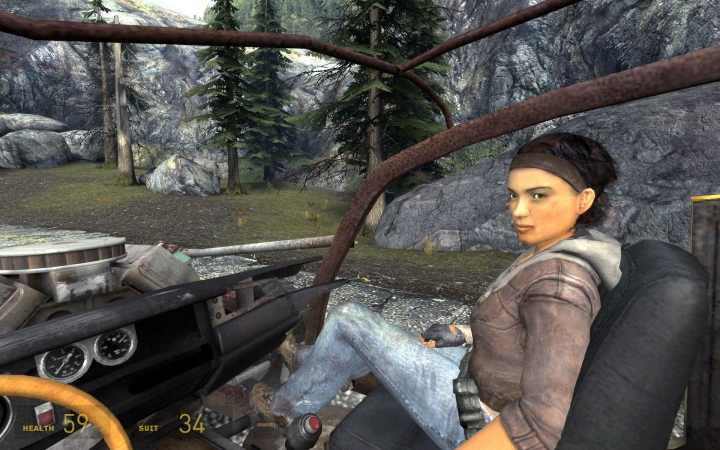 Alyx was certainly a favorite character of many Half-Life 2 fans. She is the good natured daughter of the scientist Eli Vance (who worked in the Black Mesa Research Facility when a certain experiment went horribly wrong).

Alyx was also the partner of Half-Life 2’s protagonist Gordon Freeman. You know this guy, he is one of the greatest video game characters of all time – a silent, technically minded person with a PhD from MIT. In other words, the quintessential nerd. So he was lucky to have been paired with Alyx, a sexy young lady who can fight her way through Half-Life 2’s hostile world and who is quite handy with a gun. At least in video games, it seems, nerds get the best female company…