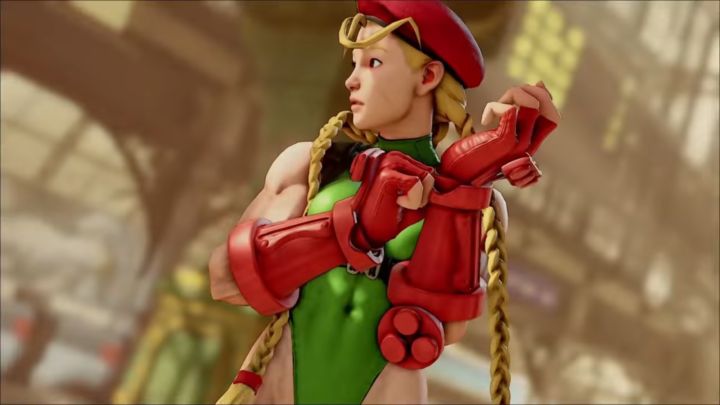 ADVERTISEMENT
Cammy is a female fighter in the Street Fighter series of video games. She’s been around for yonks too, making her first appearance in the smash hit arcade sensation Super Street Fighter 2. She also got involved with arch-villain M. Bison at some point, dumping the bad guy to join MI6 instead.

Cammy is also the sexiest fighting game character this side of Mortal Kombat’s Kitana, with her athletic body, blonde hair and clear eyes making her a fan favorite. She was played by the delightful Kylie Minogue in the otherwise mostly rubbish Street Fighter movie, where she appeared in the trademark green leotard and red beret. Although we recently saw Cammy in a different, but just as sexy, outfit in the latest Street Fighter game.