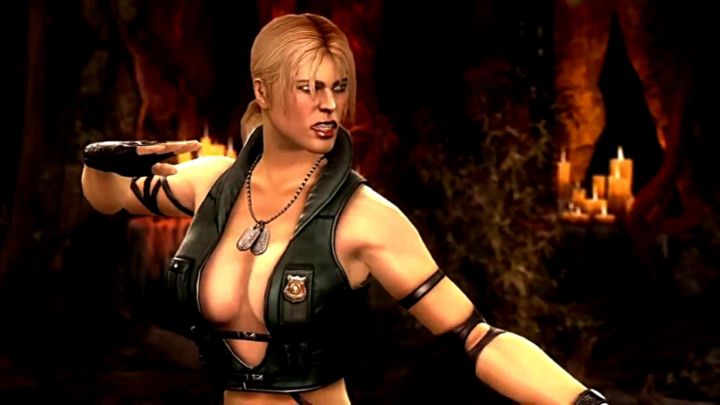 In that game Sonya is on the trail of Black Dragon criminal Kano, together with her tough as nails Special Forces partner Jax. Sonya doesn’t disappoint here, as she’s decked in a sexy outfit which highlights her curvaceous figure, while also being a match for any of the male fighters too. Her outfight does seem to show a bit too much skin and seems impractical to wear in a fight, much less when the future of the world is at stake though…