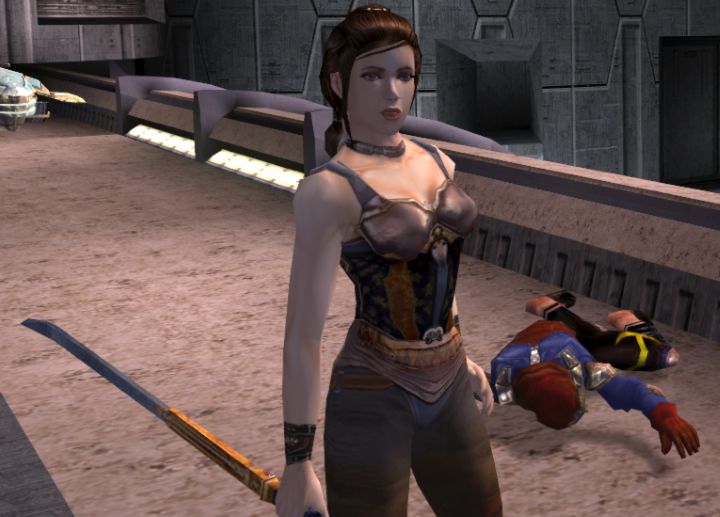 ADVERTISEMENT
Although you may have noticed the lack of female Jedi in the Star Wars movies, things have been different in the video game world. Games like the award-winning Knights of the Old Republic (released in 2003 and getting a remake in the 2020s) have had strong female characters, like Bastilla Shan, who were quite adept with the Force.

The fact that her sultry voice was provided by top voice actress Jennifer Hale and that she is modelled to look like Lara Croft made her one of the sexiest video game characters in years. And even though throughout the game she appears to be pious, always babbling about good and the light side of the Force, she later becomes an evil seductress as she is drawn to the dark side…